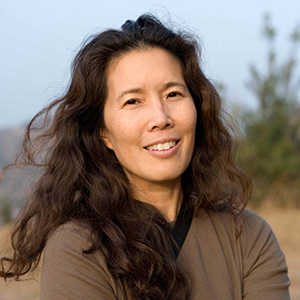 Pamela Tom is an Emmy Award-winning writer, director, and producer whose work often explores art, social justice, and the Asian American experience. Her Emmy Award-winning documentary, Tyrus, premiered at the 42nd Telluride Film Festival and had its national broadcast on the Emmy-nominated season of PBS’s American Masters. Her short narrative film, Two Lies, about a divorced Chinese American mother who undergoes plastic surgery to make her eyes rounder, premiered at the Sundance Film Festival and screened in hundreds of film festivals around the world. Her most recent film, Finding Home: A Foster Youth Story, about the lives and struggles of four teens as they prepare for life outside the foster care system, aired on PBS and won the 2019 Los Angeles Emmy and Los Angeles Press Club Award. Tom has produced films in the US, Africa, Asia and the Caribbean on subjects ranging from religion to cutting edge technology, nuclear war, and women’s rights. She directed legendary actor Sidney Poitier in a monologue to promote the original Showtime movie, Mandela and DeKlerk and a feature documentary about his life for Bahamian television. Tom received a Walt Disney Writing Fellowship and a Dorothy Arzner Award for Outstanding Woman Director. She served as the Director of Diversity at Film Independent where she helped nurture the careers of hundreds of filmmakers including Jon Chu (Crazy Rich Asians). She received her BA with honors from Brown University and MFA from UCLA’s School of Theater, Film, and Television. She’s a 5th generation native Angeleno. 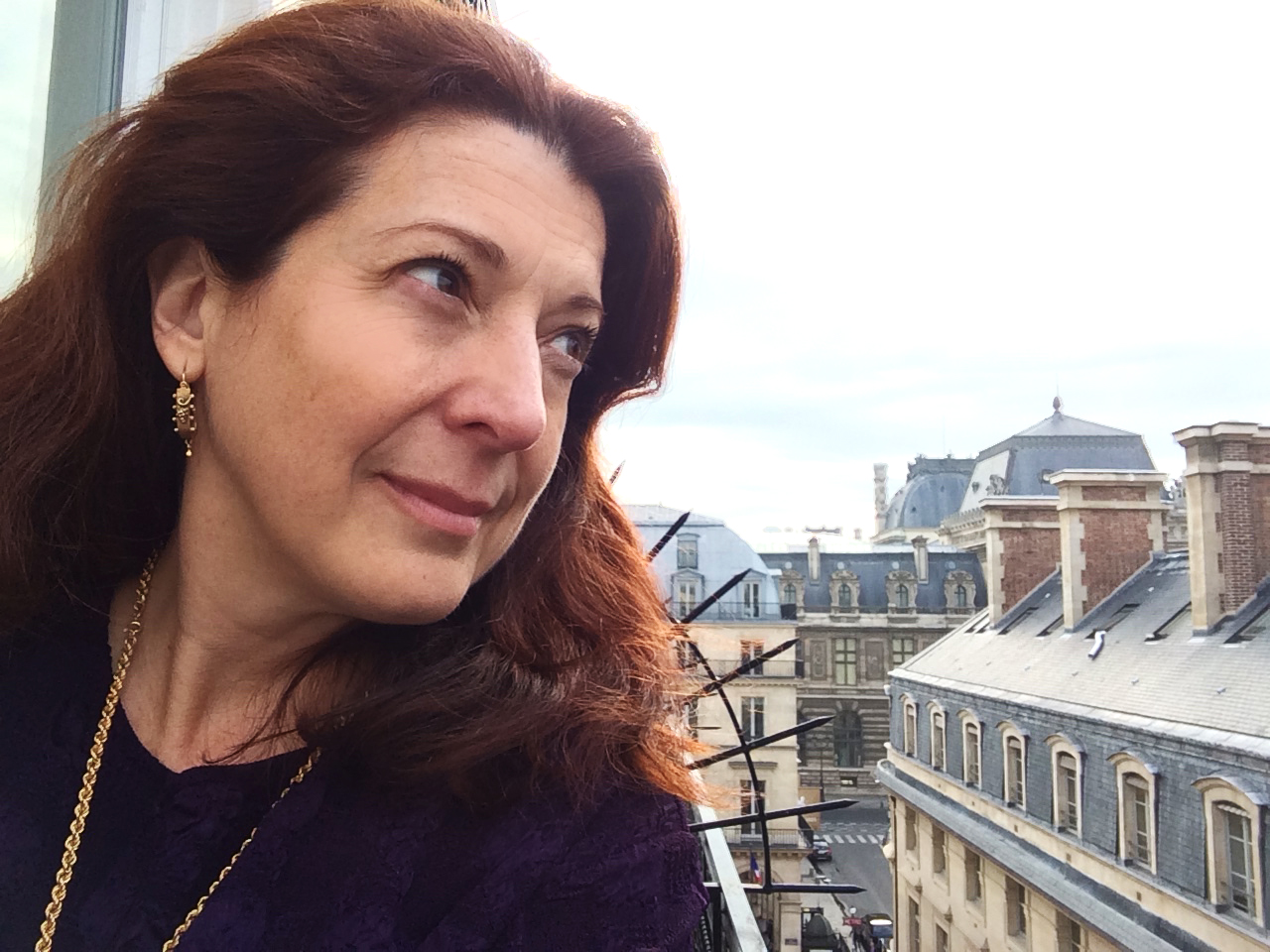 Gwen Wynne created Apricot Films, LLC to champion emerging filmmakers and tell the untold and even taboo stories marginalized in our culture. Wynne, a Directors Guild of America member, directed, produced and wrote festival award winning Wild About Harry, a narrative feature set in 1973, Cape Cod. Beginning her career at Circle in the Square on Broadway, looking for musicals and dramas, Wynne later became Artistic Director, leading an award- winning professional theatre company in Washington, D.C. Nominated by the Helen Hayes Awards and given special recognition for its drama program by Hillary Clinton for-at-risk-youth, Wynne’s productions and programming were funded by the National Endowment for the Arts, Rockefeller Foundation, Comic Relief among others. There Wynne directed one of the first rap musicals, Sanctuary, D.C. by Ralph Brown and composed by Scott Davenport Richards, about runaways and homeless youth in D.C. which became an underdog hit production in D.C.Other plays and productions included Bloomsbury Publishing’s acclaimed British novelist Stuart Browne’s ANGEL, an epic drama capturing the political and environmental upheaval of the 20th century first developed by Joint Stock Theatre Co. in London. Wynne’s theatre company also cast emerging talent (like Jeffrey Wright before his Tony winning starring role in Angels in America on Broadway) in classic, rarely produced plays like Tennessee Williams’ Kingdom of Earth. Presently, Ms. Wynne is developing an anthology series titled MOST SECRET: The Greatest Espionage Story Never Told about a famous Arctic explorer, WW II hero, first commando and secret agent that inspired Ian Fleming to create and base his character James Bond upon. Wynne graduated from Brown University and later received her MFA from USC School of Cinematic Arts. 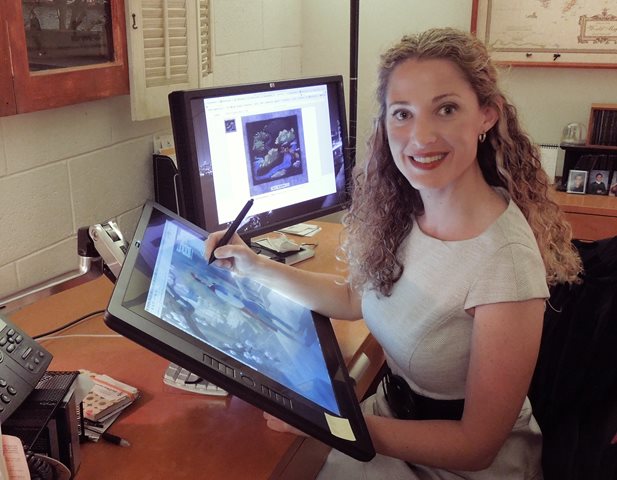 Tamara is a renowned designer and 20-year veteran of the Walt Disney Studios Animation Research Library. As a producer on TYRUS, she has forged key alliances with the Walt Disney Company in both creative and financial worlds including the acquisition of a grant from the charitable arm of Disney. She has also donated her extensive graphic design skills to help promote the film in the way of marketing, social media, advertising, and fundraising. Khalaf has designed exhibitions at Disney Orlando MGM Park, Disneyland Paris, Disneyland Hong Kong and Tokyo Disney Animation galleries to market both the Disney and Pixar Studio Films. She has co-curated the exhibition, Drawn From Life: Art of the Disney Animation Studio which is currently traveling around China. Additionally, Khalaf has designed museum exhibition catalogues and more than five books for Disney Editions with the most recent book, Dali & Disney: DESTINO: The Story, Artwork, and Friendship Behind the Legendary Film which will release in October 2015. Her production credits include documentaries, independent films and a short film, Shelly Figg, for the American Film Institute (AFI) Director Workshop for Women. Khalaf has also participated in two 168- hour film festivals as a producer. She received her BA with Honors from the University of California at Santa Barbara and is currently working on her Masters Degree in Theology and Film. 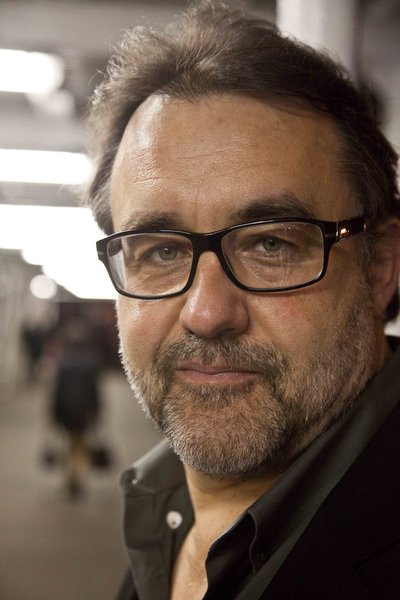 Don Hahn is the producer of Beauty and the Beast, the first animated film nominated for a Best Picture Oscar, and the international box office phenomenon The Lion King. His other credits include Who Framed Roger Rabbit, the hit comedy Emperor’s New Groove, The Hunchback of Notre Dame and the Oscar-Nominated stop motion film, Tim Burton’s Frankenweenie. He was a founder of Disneynature as executive producer of the epic documentaries Earth, Oceans, African Cats and Chimpanzee. He executive produced Maleficent starring Angelina Jolie as well as the much anticipated live-action version of Beauty and the Beast starring Emma Watson. Hahn also serves on the Board of PBS SoCal and is the author of many books on animation and art.

David Louie was born and raised in Los Angeles. Since 1987, he has worked in sales and leasing in the Los Angeles office of CB Richard Ellis, Inc. Mr. Louie’s experience includes city planning and operations, as well as accounting and business management.

Robert Louie is an Oncology Research Pharmacist working for a biotechnology company based in San Francisco. He is the president of the Louie Family Foundation which supports the Asian American community. 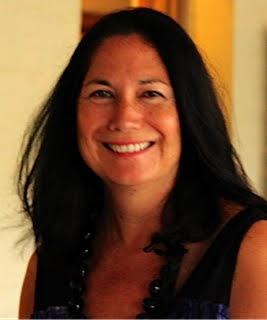 Linda Barry (not to be confused with cartoonist Lynda Barry) is an Emmy Award winning producer and writer with an extensive background in theater, radio, cable and broadcast television and film. Barry was born in New York City and raised in Yokohama and Okinawa, Japan before her family settled in San Diego. She got her start in the entertainment business working in public relations for the Broadway touring companies of Annie, A Chorus Line, and Dancin.’ This was followed by stints in radio and television advertising, continuity, sales management, research, community affairs, network affiliations and administration. She spent four years as story analyst for the Sundance Institute’s Screenwriters Labs working under the late Lynn Auerbach, Associate Director of the Feature Film Program. Producing credits include narrative and documentary short films and the feature romantic comedy Mango Kiss. In 2007, she won an Emmy for Fishbowl which was broadcast on PBS series Independent Lens. Fishbowl was shot entirely in Hawaii and is unprecedented in its use of local Hawaiian children and Hawaiian Pidgin dialogue. She graduated with an English/Art History degree from Old Dominion University in Virginia, attended the Producers Program at UCLA’s School of Theater, Film and Television and is a 2004 Fellow of Film Independent’s Producers Lab. 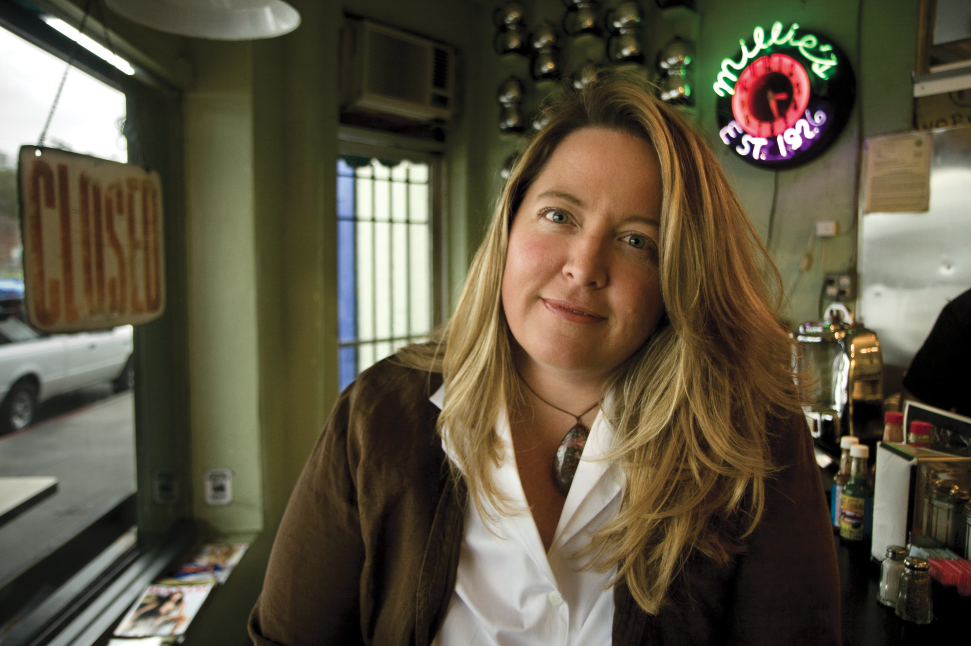 For over 20 years, Shana Hagan has photographed Oscar and Emmy winning documentary and narrative feature films, shot countless hours of non-fiction and reality based television, filmed many commercials and has worked with such distinguished filmmakers as Michael Apted, Jessica Yu and Lynn Novick. Her work includes the Oscar winning Breathing Lessons, 11 Sundance Film Festival selections including Queen of Versailles, Shakespeare Behind Bars and After Innocence,and many other docs including Food, Inc, Last Call at the Oasis and This Film is Not Yet Rated. Hagan was chosen to DP at the prestigious Sundance Filmmaker’s Lab in 2003 and has been nominated for an Emmy for her work on Survivor: China. She has shot four seasons of Survivor, three of The Apprentice, commercials for Ford, Toyota, US Army, Kodak and others, and on a number of ongoing documentary projects including Mr. Apted’s Married in America and Ken Burns and Lynn Novick’s Vietnam project. In addition to her documentary work, Hagan shot the pilot and four seasons on the Emmy-nominated NBC hit comedy Parks and Recreation.

Susan Bradley is a title & branding designer most often operating in the UI of a film theatre. With an extensive background in photography, type-design & tech, Bradley designs graphic treatments and directs content for award-winning animation, live-action and documentary film directors, producers and creatives. Bradley’s first major title design credit was for The Lion King, with TYRUS executive producer Don Hahn. For the next six years, she was the Design Lead at Walt Disney Studios’ Title Graphics division, where she worked on both animation and live-action films. Her title design credits during this period included Quiz Show, Toy Story 1 & 2, A Bug’s Life, The Hunchback of Notre Dame, Romy & Michele’s High School Reunion, Monsters Inc. and numerous others. Bradley went on to design the title sequences for Walter Salles’s The Motorcycle Diaries and Dark Water, Pierce Brosnan’s The Matador and created motion & design on numerous television and documentary projects, including Ridley Scott’s Numbers on CBS, Davis Guggenheim’s An Inconvenient Truth, Leslie Iwerk’s Dirty Oil and ILM: Creating the Impossible. Relocating north for Pixar Animation Studios, Bradley’s title design repertoire grew to include higher tech and extensive production & efx graphics. Over those next nine years, her list of credits would include Ratatouille, The Pixar Story, WALL•E, Up, Toy Story 3, La Luna, Brave, The Blue Umbrella and Monsters University. Bradley is now an independent filmmaker and art director/designer who brings a discerning eye and vast experience to productions and brands, helping them configure, design & market their visual stories in any medium.

Carl Pfirman lives in Los Angeles and is proud to be the editor of TYRUS. His editorial credits include: the Emmy-nominated HBO feature documentary A Small Act (premiered at Sundance 2010); the feature documentary film The Georgia Holt Story which premiered on Lifetime TV in May, 2013; the feature film The Making of an Avant-Garde, which premiered at MOMA in June, 2013; and the documentary Limited Partnership about a bi-national gay couple’s 40-year battle with the INS/ICE to stay together in the United States. Limited Partnership was one of the very few films selected for ITVS funding this year. He was also co-producer and additional editor on director Grace Lee’s documentary film, Janeane from Iowa. Pfirman’s UCLA graduate thesis film won a Student Academy Award. As a writer, his screenplay Sugar Land was a Quarterfinalist for the Nicholls Screenwriting Fellowship and selected for the Outfest Screenwriting Lab. His commercial work has been honored with a CLIO award and a GOLD PENCIL from the New York One Show.

Walt Louie has been in the broadcast media business since 1974. He has worked as a producer, director, editor and instructor. As a freelance editor, he has worked on award-winning documentaries, independent films, trailers and commercials. His documentary work includes Forbidden City U.S.A produced by Arthur Dong, winner of “Best Documentary of the Decade” at the Hawaii International Film Festival. Recently, he edited Restoring The Light a documentary shot entirely in China, which had its premiere at the Hawaii International Film Festival. He teaches editing theory and post-production and has conducted classes and workshops. He is the owner/editor of Flash Cuts, a commercial/promo editorial company in Los Angeles.

Tim Craig cut his first feature film on a upright Moviola, the old fashion way, on film, shortly before Digital Nonlinear Editing took over the film industry. That experience working on film carried him through into the digital age to today where he has contributed and assisted on many Features Films, Television and Independent projects including Blue Velvet, Air America, The 6th Day, and Sunshine. A life long photographer, Craig enjoys the challenge of telling stories through the visual medium whether in a darkened editing room or on a hotly lit soundstage. Craig studied Photography at Colorado Mountain College and Mass Communications at the University of Denver.

Jon Oh is a sound designer whose recent credits include two national PBS documentaries: Tad Nakamura’s Life on Four Strings and Phillip Rodriquez’s Ruben Salazar: Man in the Middle. Whisper on the Waves, directed by Shirikiana Gerima, a feature documentary filmed in Ghana. Other recent credits includes Ann Kaneko and Sharon Yamato’s A Flicker in Eternity and Akira Boch’s feature debut The Crumbles.